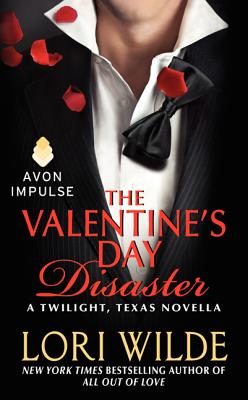 This is book number 9 in the Twilight, Texas series.

Valentine's Day can be a real disaster … even in a town like Twilight, Texas!

These days, event planner Sesty Snow is no fan of hearts, flowers, or goo-goo eyes over dinner. She's learned to be in control of her life and her emotions. Still, running Twilight's annual Valentine's Day bachelor auction is right up her alley—until her high school sweetheart zooms back into town. He's still heart-stoppingly handsome, but it's clear he hasn't changed the daredevil ways that put the brakes on their first love.

Injured NASCAR driver Josh Langtree isn't up for being anyone's sweetheart these days either. He's just looking for a place to lick his wounds … until a misunderstanding lands him doing community service in Sesty's auction. Soon he finds himself standing in front of hundreds of screaming women—wearing a tux and a smile. And then there's Sesty—looking as tempting as ever.

He says he's changed, and the sparks between them are flying fast and furious, but can Sesty trust Josh to take the wheel and drive her into the future she never dreamed possible?