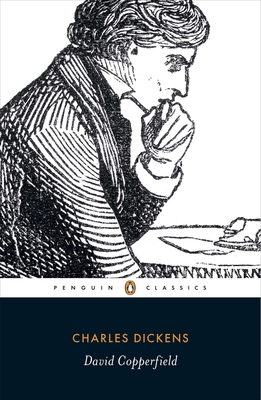 'The most perfect of all the Dickens novels' Virginia Woolf

David Copperfield is the story of a young man's adventures on his journey from an unhappy and impoverished childhood to the discovery of his vocation as a successful novelist. Among the gloriously vivid cast of characters he encounters are his tyrannical stepfather, Mr Murdstone; his brilliant, but ultimately unworthy school-friend James Steerforth; his formidable aunt, Betsey Trotwood; the eternally humble, yet treacherous Uriah Heep; frivolous, enchanting Dora Spenlow; and the magnificently impecunious Wilkins Micawber, one of literature's great comic creations. In David Copperfield - the novel he described as his 'favourite child' - Dickens drew revealingly on his own experiences to create one of the most exuberant and enduringly popular works, filled with tragedy and comedy in equal measure. This edition uses the text of the first volume publication of 1850, and includes updated suggestions for further reading, original illustrations by 'Phiz', a revised chronology and expanded notes. In his new introduction, Jeremy Tambling discusses the novel's autobiographical elements, and its central themes of memory and identity.

For more than seventy years, Penguin has been the leading publisher of classic literature in the English-speaking world. With more than 1,700 titles, Penguin Classics represents a global bookshelf of the best works throughout history and across genres and disciplines. Readers trust the series to provide authoritative texts enhanced by introductions and notes by distinguished scholars and contemporary authors, as well as up-to-date translations by award-winning translators.

Charles Dickens was born on February 7, 1812, in Landport, Portsea, England. He died in Kent on June 9, 1870. The second of eight children of a family continually plagued by debt, the young Dickens came to know not only hunger and privation,but also the horror of the infamous debtors’ prison and the evils of child labor. A turn of fortune in the shape of a legacy brought release from the nightmare of prison and “slave” factories and afforded Dickens the opportunity of two years’ formal schooling at Wellington House Academy. He worked as an attorney’s clerk and newspaper reporter until his Sketches by Boz (1836) and The Pickwick Papers (1837) brought him the amazing and instant success that was to be his for the remainder of his life. In later years, the pressure of serial writing, editorial duties, lectures, and social commitments led to his separation from Catherine Hogarth after twenty-three years of marriage. It also hastened his death at the age of fifty-eight, when he was characteristically engaged in a multitude of work.

Jeremy Tambling is Professor of Comparative Literature at the University of Hong Kong.

"The most perfect of all the Dickens novels."
--Virginia Woolf