The Latinist: A Novel (Hardcover) 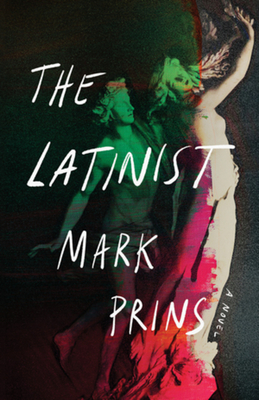 One of The Millions' Most Anticipated Books of 2022

A CrimeReads Most Anticipated Crime Fiction of 2022 Selection

A contemporary reimagining of the Daphne and Apollo myth, The Latinist is a page-turning exploration of power, ambition, and the intertwining of love and obsession.

Tessa Templeton has thrived at Oxford University under the tutelage and praise of esteemed classics professor Christopher Eccles. And now, his support is the one thing she can rely on: her job search has yielded nothing, and her devotion to her work has just cost her her boyfriend, Ben. Yet shortly before her thesis defense, Tessa learns that Chris has sabotaged her career—and realizes their relationship is not at all what she believed.

Driven by what he mistakes as love for Tessa, Chris has ensured that no other institution will offer her a position, keeping her at Oxford with him. His tactics grow more invasive as he determines to prove he has her best interests at heart. Meanwhile, Tessa scrambles to undo the damage—and in the process makes a startling discovery about an obscure second-century Latin poet that could launch her into academic stardom, finally freeing her from Chris’s influence.

A contemporary reimagining of the Daphne and Apollo myth, The Latinist is a page-turning exploration of power, ambition, and the intertwining of love and obsession.

Ingenious.... a superb literary suspense novel that calls to mind an earlier such debut, Donna Tartt’s The Secret History.... Like the classics that inspire it, The Latinist is an inventive wedding of the elegant and the barbaric.

Within the first few pages of this book, I knew I was in the hands of a masterful storyteller. The Latinist is imaginative, propulsive, and wildly intelligent. What a joy to encounter a thrilling and singular new voice in fiction.

— Cynthia D’Aprix Sweeney, author of The Nest and Good Company

Brilliant.... Delves deep to question the blurring line between love and obsession, between a yearning for truth and a desire of power.
— Jianan Qian - The Millions

Propulsive.... a campus novel turned psychological thriller.... The novel invites us to see Tessa as Daphne, manipulated by but ultimately escaping Eccles’s Apollo, yet it also asks us: what happens to her humanity along the way?
— Ayelet Haimson Lushkov - Los Angeles Review of Books

This cerebral thriller will keep you on the edge of your seat.... Prins’ analysis of the toxic relationship between advisor and student is nuanced and thoughtful.... The Latinist succeeds as both literary fiction and thriller; it is every bit as suspenseful as it is intellectually intriguing, with many of the features of A.S. Byatt’s Possession.

A novel about love and scholarship, ego and obsession, coercion and consent—a brilliant, marvelously infuriating puzzle of a book that combines the globe-trotting exploits of The Da Vinci Code with the smarts and literary gifts of A. S. Byatt. A terrific debut!

Darkly disturbing and luminously told.… Every twist is delicious and every turn breathtaking as Mark Prins’s devilish debut revels in a scholarly world of cunning, ruthlessness, and dangerous obsession. Funny, erudite, and utterly absorbing, this is a merciless tale to be relished like a guilty pleasure.
— Christopher J. Yates, author of Black Chalk and Grist Mill Road

Brainy and deftly plotted, The Latinist enchants with its deft inversions of power, its witty poetic inventions, and its passion for languages old and new. A lovely debut.

— Andrea Barrett, author of Archangel and The Air We Breathe

Mark Prins weaves together an extremely contemporary plot—an American academic caught up in the machinations of her advisor at Oxford—with a much older plot—the discovery of a second-century Roman poet. The two thrillingly intertwine and the result is a wonderfully suspenseful novel. The Latinist is a brilliant debut.

— Margot Livesey, author of The Boy in the Field

The Latinist is a whip-smart tale of obsession that teeters on the knife-edge of suspense and literary fiction; Mark Prins is a worthy successor to Patricia Highsmith, Donna Tartt, and Ian McEwan.

— Alexandra Andrews, author of Who Is Maud Dixon?

With its ambitious young scholar, an ancient tomb, and a scheming advisor, The Latinist is a twisty and memorable new addition to the campus-novel genre. Mark Prins propels you through his tale of breakthroughs and retribution while delivering a sharp commentary on power dynamics in academia. A cunning and insightful read—I couldn’t put it down.

— Maria Hummel, author of Still Lives and Lesson in Red