The King Must Die: A Novel (Paperback) 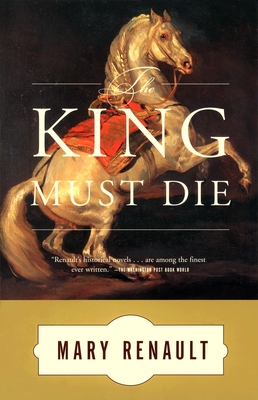 Renault starts with Theseus' early years, showing how the mystery of his father's identity and his small stature breed the insecurities that spur his youthful hijinx. As he moves on to Eleusis, Athens, and Crete, his playfulness and fondness for pranks matures into the courage to attempt singular heroic feats, the gallantry and leadership he was known for on the battlefield, and the bold-hearted ingenuity he shows in navigating the labyrinth and slaying the Minotaur. In what is perhaps the most inventive of all her novels of Ancient Greece, Renault casts Theseus in a surprisingly original pose; she teases the flawed human out of the bronze hero, and draws the plausible out of the fantastic.

MARY RENAULT has written over a dozen novels, has had her work adapted for radio, stage, and screeen, and has been the subject of documentaries and biographies. She is as widely known for her forthright treatment of gay relationships as she is her historical restructions of ancient Greece. She was born in London and educated at Oxford. She then trained as a nurse, where she met her lifelong partner Julie Mullard. After during World War II, she and Mullard settled in South Africa and traveled considerably in Africa and Greece. It was at this time that she began writing her historical novels, including The King Must Die, The Last of the Wine, and The Persian Boy. The biography The Nature of Alexander is one of her only non-fiction books. She died in Cape Town in 1983.