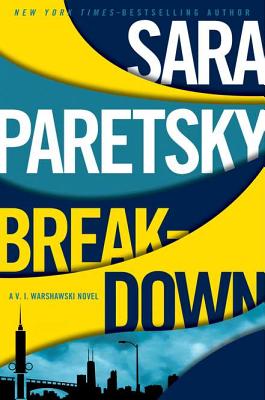 Carmilla, Queen of the Night, is a shape-shifting raven whose fictional exploits thrill girls all over the world. When tweens in Chicago's Carmilla Club hold an initiation ritual in an abandoned cemetery, they stumble on an actual corpse, a man stabbed through the heart in a vampire-style slaying.

The girls include daughters of some of Chicago's most powerful families: the grandfather of one, Chaim Salanter, is among the world's wealthiest men; the mother of another, Sophy Durango, is the running for United States Senate.

For V. I. Warshawski, the questions multiply faster than the answers. Is the killing linked to a hostile media campaign against Sophy Durango? Or to Chaim Salanter's childhood in Nazi-occupied Lithuania? As V.I. struggles for answers, she finds herself fighting enemies who are no less terrifying for being all to human.

Sara Paretsky is the author of eighteen books, including her renowned V. I. Warshawski novels. She was named 2011 Grand Master by the Mystery Writers of America, and is also the recipient of the Cartier Diamond Dagger Award given by the British Crime Writers' Association. She lives in Chicago.