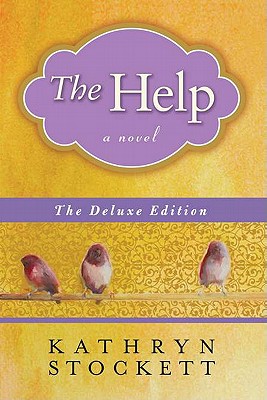 By Kathryn Stockett
$30.00
Email or call for price.

“The Help recreates a time -- Mississippi in 1962 -- that is totally engrossing and pitch-perfect. This story of women in the South, black and white, in the eye of a hurricane of monumental change is thoroughly satisfying and enjoyable.”
— Sheila Burns, Bloomsbury Books, Ashland, OR

“We've been telling our customers who are members of book groups to read this story of race-ridden, 1960s Jackson, Mississippi. Unforgettable characters live out a story that makes you rage against intolerance as you step into the lives of three Southern women who are committed to creating change.”
— Gail Wetta, Anderson's Bookshop, Naperville, IL

With more than 3 million copies sold, the #1 "New York Times" bestseller is now available in a special gift edition.

A modern classic, "The Help" has been a cultural touchstone for the millions of readers who have cheered on Skeeter, laughed with Minny, and hissed at Hilly. The noble and strong Aibileen has become a heroine for countless fans whose letters have poured in from all over the world. Now the bestselling and beloved book is available in a deluxe gift edition.

"The Help" has been on bestseller lists for longer than any other hardcover fiction title since "The Da Vinci Code." It was "USA Today"'s 2009 Book of the Year and has been published in thirty-seven countries around the world.

The movie "The Help," produced by DreamWorks and 1492 Pictures, is scheduled for a major motion-picture release in August 2011.

This beautiful edition, destined to be passed down from generation to generation, is filled with special features, including:
-satin ribbon marker
-printed endpapers
-two-color interior printing

This deluxe gift edition is the perfect gift for someone you love-or as a special treat for yourself.

Kathryn Stockett was born and raised in Jackson, Mississippi. After graduating from the University of Alabama with a degree in English and Creative Writing, she moved to New York City where she worked in magazine publishing and marketing for nine years. She currently lives in Atlanta with her husband and daughter. This is her first novel.