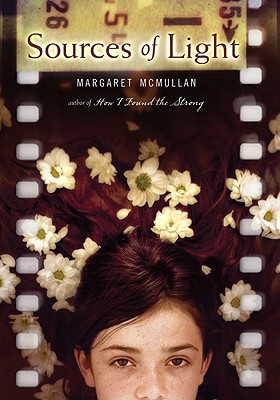 By Margaret McMullan
$16.99
Email or call for price.

“Sam moves to Jackson, Mississippi with her mother in 1962. Through the lens of her camera she experiences a very different culture than the one she knew in the North. Her photos help bring justice to the racially divided community. McMullan's carefully constructed prose highlights camera metaphors bringing light to the darkness.”
— Shirley Mullin, Kids Ink, Indianapolis, IN

It's 1962, a year after the death of Sam's father--he was a war hero--and Sam and her mother must move, along with their very liberal views, to Jackson, Mississippi, her father's conservative hometown. Needless to say, they don't quite fit in.
People like the McLemores fear that Sam, her mother, and her mother's artist friend, Perry, are in the South to "agitate" and to shake up the dividing lines between black and white and blur it all to grey. As racial injustices ensue--sit-ins and run-ins with secret white supremacists--Sam learns to focus with her camera lens to bring forth the social injustice out of the darkness and into the light.

Margaret McMullan is the acclaimed author of When I Crossed No-Bob and How I Found the Strong, as well as the adult novels In My Mother’s House and When Warhol Was Still Alive. Her work has appeared in such publications as Glamour, the Chicago Tribune, and Michigan Quarterly Review. She is a professor and the chair of the English department at the University of Evansville in Indiana.

"Like many novels that have civil rights at the center of them, this is not an easy read, but it is worth the effort. McMullan’s well-chosen words realistically portray the conflicts that Sam, her mother, and those around them face. The truths the teen learns are timeless, allowing readers to identify with her. Make room on your library shelves for this one."—School Library Journal, starred review "When 14-year-old Samantha Thomas moves to Jackson, Miss., in 1962, following her father’s death in Vietnam, she learns about love and hate all in the same year...Though this fine volume easily stands by itself, McMullan links it with two previous works—How I Found the Strong (2004) and When I Crossed No-Bob (2007)—and readers who read the first installments will feel that they are in the midst of an excellent historical saga."—Kirkus "This historical novel set in 1962 Mississippi spotlights the tensions of the early civil rights movement through the evolution of 14-year-old Sam, a former army brat transplanted to her recently deceased father's home state when her mother accepts a teaching job at the local college. McMullan (Cashay) effectively captures the Southern setting and frames Sam's conflict between belonging and doing the right thing in the face of racial prejudice...It's a high stakes novel that powerfully portrays the bravery and loss of a tumultuous time."—Publishers Weekly —