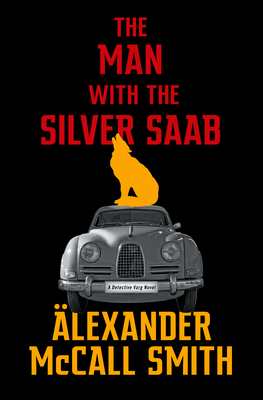 This is book number 3 in the Detective Varg Series series.

In the hilarious new novel in the best-selling Detective Varg series, an eminent art historian is framed and the ace investigators of the department of sensitive crimes are on the case.

Detective Ulf Varg is a man of refined tastes and quite familiar with the art scene in Malmö. So when art historian Anders Kindgren visits the Department of Sensitive Crimes to report a series of bizarre acts that have been committed against him, Ulf and his team swing into action. Fish stuffed into the vents of Kindgren’s car and a manipulated footnote in a recent publication would be cause enough for an investigation, but when a painting Kindgren had confidently appraised as genuine is later declared to be a fake, it’s clear that someone is out to tarnish his reputation.

Meanwhile, Ulf is also weathering personal issues, which quickly spiral out of control. When his lip-reading dog, Martin, engages in a contretemps with a squirrel that results in a grievous wound, Ulf must rush Martin to the veterinarian and weigh the merits of cosmetic surgery for animals. And later, when Martin’s blood is found in the back of Ulf’s classic Saab, Ulf finds himself the subject of a departmental investigation.

In the end, Ulf will have to muster all his detective skills and bureaucratic cunning to restore Kindgren’s reputation—as well as his own.

ALEXANDER McCALL SMITH is the author of The No. 1 Ladies' Detective Agency novels and of a number of other series and stand-alone books. His works have been translated into more than forty languages and have been best sellers throughout the world. He lives in Scotland.

“In Smith’s delightful third mystery featuring Malmö, Sweden, an art historian wants Ulf Varg, the thoughtful, tolerant head of the Department of Sensitive Crimes, to catch the person trying to besmirch his reputation. The gossamer-thin plot is almost irrelevant. The novel’s pleasures lie in Ulf’s philosophical asides and comments on how to live a good, just life . . . Smith’s gift is to use crime as a structure for writing about morality and making it such a pleasure to read. This is a refreshing change from the standard Scandinavian noir fare.”
—Publishers Weekly

“[T]he Detective Varg series is about a branch of the Swedish Police, based in Malmö, and dedicated to the investigation of highly unusual crimes—ones that may seem miniscule, even comic, except to the victims. Detective Ulf Varg is a delight to follow as he muses on a wide range of topics, including his own conflicted, self-critical character. What appears, at first, to be a “nothing” series of crimes expands into an incisive character analysis with a “wow” of a resolution, all while sustaining its comic bent. The Varg series is a nice antidote to Nordic noir.”
—Booklist [starred review]

“The Man with the Silver Saab is a crime novel, but one very different from today’s fashionable crime fiction. It is a long way from the blood-spattered “tartan noir” or the equally sanguinary Nordic variety . . . But though McCall Smith’s hero Ulf Varg is a policeman, the department he heads deals with “Sensitive Crimes.” Ulf’s investigation is quiet but persistent. You feel they will get there in the end, and that the end will be only a little surprising. Ulf behaves with the characteristic decency of McCall Smith’s main characters . . . The nature and importance of friendship and love are two of the themes which recur in all his work. The world is to be enjoyed but there are times it can only be endured. How true; McCall Smith is a spokesman for out-of-fashion virtues; therefore a writer of some real importance.”
—The Scotsman