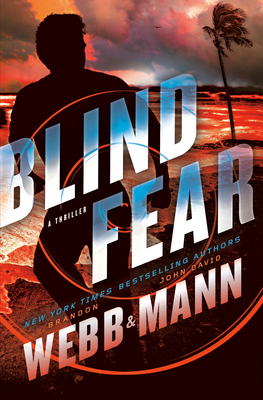 This is book number 3 in the The Finn Thrillers series.

Haunted by the death of his best friend and hunted by the FBI for war crimes he didn’t commit, Finn lands on an island paradise that turns into his own personal hell in this gripping follow-up to Steel Fear and Cold Fear—from the New York Times bestselling writing team Webb & Mann . . .

By day, AWOL Navy SEAL Finn is hiding out on Vieques, a tiny island paradise off the eastern coast of Puerto Rico, living in a spare room behind a seafood restaurant owned by a blind local. By night he scours the dark web, hunting for the rogue officer responsible for the crimes he is accused of committing.

But Finn’s world is about to be turned upside down by a new nightmare, when his employer’s two grandchildren go missing. To find them, he’ll have to infiltrate the island’s dangerous criminal underbelly and expose a shadowy crime network known as La Empresa—even if it means exposing himself in the process.

As the children go on their own harrowing odyssey to stay one step ahead of a cop-turned-killer, a hurricane batters the coastline, cutting Puerto Rico off from the rest of the world. Taking his pursuit to the sea, Finn’s skills and endurance will be tested to their limits to rescue the lost children and escape his own pursuers before the clock runs out. No one is to be trusted. And those who are seemingly his friends might be the most dangerous foes he’s faced yet.

Brandon Webb is a combat-decorated Navy SEAL sniper turned entrepreneur who has built two brands into an eight-figure business. As a U.S. Navy chief he was head instructor at the Navy SEAL sniper school, which produced some of America's most legendary snipers.

Webb and Mann have been writing together for over a decade, starting with their New York Times bestselling memoir The Red Circle.