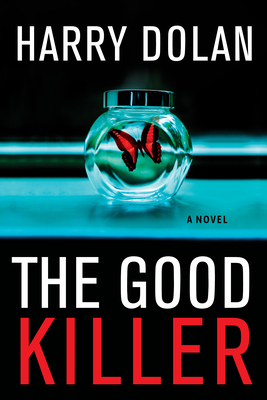 By Harry Dolan
$16.00
On Our Shelves Now. We will contact you when your order is ready. Closed Mon & Tues.

In the newest thriller from best-selling author Harry Dolan, Sean Tennant stops a deadly mass shooter. And that act of courage may get him killed.

Sean Tennant and Molly Winter are living quietly and cautiously in Houston when a troubled, obsessive stranger shatters the safety they have carefully constructed for themselves. Sean is at a shopping mall when Henry Alan Keen, scorned by a woman he's been dating, pulls out a gun at the store where she works and begins shooting everyone in sight. A former soldier, Sean rushes toward Keen and ends the slaughter with two well-placed shots--becoming a hero with his face plastered across the news.

But Sean's newfound notoriety exposes him to the wrath of two men he thought he had left safely in his past. One of them blames Sean for his brother's death. The other wants to recover a treasure that Sean and Molly stole from him. Both men are deadly and relentless enemies, and Sean and Molly will need to draw on all their strength and devotion to each other if they hope to elude them. Thus begins a cross-country chase that leads from Texas to Montana, from Tennessee to New York to Michigan, as the hunters and their prey grow ever closer and, in a heart-stopping moment, converge.
A wickedly clever and exhilarating thriller, The Good Killer offers a sophisticated, breathtaking look at the extremes people will reach for love, greed, and survival.

Harry Dolan is the author of the mystery/suspense novels Bad Things Happen (2009), Very Bad Men (2011), The Last Dead Girl (2014), and The Man in the Crooked Hat (2017). He graduated from Colgate University, where he majored in philosophy and studied fiction-writing with the novelist Frederick Busch. A native of Rome, New York, he now lives in Ann Arbor, Michigan.