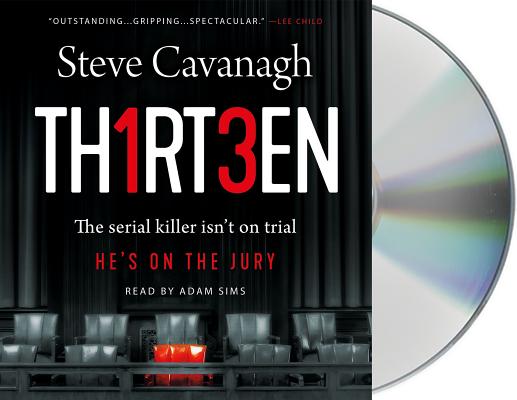 Thirteen is the legal thriller Lee Child, Michael Connelly, and Ruth Ware are raving about and listeners can't pause.

“Outstanding - an intriguing premise, a tense, gripping build-up, and a spectacular climax. This guy is the real deal. Trust me.” —Lee Child

“A dead bang BEAST of a book that expertly combines Cavanagh’s authority on the law with an absolutely great thrill ride. Books this ingenious don’t come along very often.” —Michael Connelly

It’s the murder trial of the century. And Joshua Kane has killed to get the best seat in the house – and to be sure the wrong man goes down for the crime. Because this time, the killer isn’t on trial. He’s on the jury.

But there’s someone on his tail. Former-conman-turned-criminal-defense-attorney Eddie Flynn doesn’t believe that his movie-star client killed two people. He suspects that the real killer is closer than they think – but who would guess just how close?

“A brilliant, twisty, ingeniously constructed puzzle of a book. Steve Cavanagh pulls off an enviable premise with panache.” —Ruth Ware