The Shadows: A Novel (Paperback) 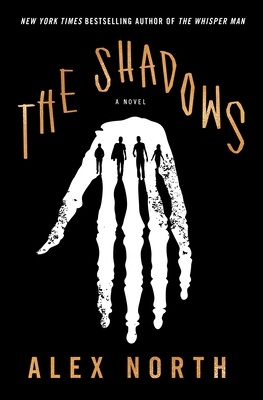 **2021 Beltie Mystery Prize Nominee**
Oh wow, this was creepy good! Four friends, deep dark woods, and a desire to share dreams leads to a
horrific death and one mysterious disappearance. 25 years later it seems that the cycle is beginning
again. I read this late into the night, partly because I didn't want to go to sleep because I knew I'd dream
about what I had read and I didn't want to go there. Brrrrr. A perfect blend of psychological horror and
mystery. A great read for anyone who likes a good shiver!

“Paul Adams may have left behind his hometown and the tragedy that happened 25 years ago, but as we know, ‘The past is never dead. It’s not even past.’ The murder that has haunted him for so long comes roaring back into his life when there’s a new killing and secrets are uncovered. Dreams really do come true, but this one may just kill Paul. Highly atmospheric and emotionally gripping, The Shadows is best read with all the lights on and well before you plan to go to sleep.”
— Pamela Klinger-Horn, Excelsior Bay Books, Excelsior, MN

“The best psychological thriller I’ve read in a long time. An intense look at lucid dreams; an intriguing take on a concept that previously has only really been explored in films. Don’t expect The Whisper Man in this new kind of thriller.”
— Stephanie Csaszar, Books Around the Corner, Gresham, OR

"This is absorbing, headlong reading, a play on classic horror with an inventiveness of its own... As with all the best illusions, you are left feeling not tricked, but full of wonder."
– The New York Times

You knew a teenager like Charlie Crabtree. A dark imagination, a sinister smile--always on the outside of the group. Some part of you suspected he might be capable of doing something awful. Twenty-five years ago, Crabtree did just that, committing a murder so shocking that it’s attracted that strange kind of infamy that only exists on the darkest corners of the internet--and inspired more than one copycat.

Paul Adams remembers the case all too well: Crabtree--and his victim--were Paul’s friends. Paul has slowly put his life back together. But now his mother, old and suffering from dementia, has taken a turn for the worse. Though every inch of him resists, it is time to come home.

It's not long before things start to go wrong. Paul learns that Detective Amanda Beck is investigating another copycat that has struck in the nearby town of Featherbank. His mother is distressed, insistent that there's something in the house. And someone is following him. Which reminds him of the most unsettling thing about that awful day twenty-five years ago.

It wasn't just the murder.

It was the fact that afterward, Charlie Crabtree was never seen again...

Alex North is the internationally bestselling author of The Whisper Man and The Shadows. He lives in Leeds, England, with his wife and son, and is a British crime writer who has previously published under another name.

Praise for THE SHADOWS

"This is absorbing, headlong reading, a play on classic horror with an inventiveness of its own... As with all the best illusions, you are left feeling not tricked, but full of wonder."
– The New York Times

"If you liked The Whisper Man, you’ll love this. Alex North has crafted a second novel which is just as gripping as his first and even scarier. Hugely atmospheric and deliciously creepy, it’s about how the past encroaches on the present, and how dreaming influences reality, until in the frightening world of The Shadows, it becomes harder and harder to tell one from the other... and the nightmare takes over."
– Alex Michaelides, author of the #1 New York Times bestseller The Silent Patient

"North follows up his sensational debut, 2019's The Whisper Man, with another terrifying spine-tingler... This heart-pounding page-turner is impossible to put down."
– Publishers Weekly (starred review)

"Expect to be electrified by the author’s total mastery of misdirection. This second stunning thriller firmly establishes North as a rapturous teller of tales."
– Booklist (starred review)

"Before this twisty story ends, there are many surprises....a successful, creepy thriller. If you like Stephen King, you’ll probably like North’s new thriller, too.
– Library Journal


Praise for THE WHISPER MAN

“Works beautifully… If you like being terrified, The Whisper Man has your name on it.”
– The New York Times (Editor’s Pick)

“Poignant and terrifying…Take a deep breath before diving into this one.”
– Entertainment Weekly

“Brilliant…an affirmation of the power of the father-son relationship…will satisfy readers of Thomas Harris and Stephen King.”
– Booklist (starred review)

“A terrifying page-turner with the complexities of fatherhood at its core.”
– Kirkus Reviews

“A powerful and scary story that will haunt readers long after the final page is turned.”
– Library Journal

“First it’s spooky. Then it’s scary. Then it’s terrifying. And then… well, dear reader, proceed at your own risk. An ambitious, deeply satisfying thriller—a seamless blend of Harlan Coben, Stephen King, and Thomas Harris. My flesh is still crawling.”
– A.J. Finn, #1 New York Times bestselling author of The Woman in the Window