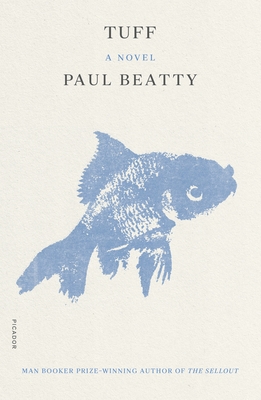 The word "hilarious" is the greatest casualty in the age of hyperbole - being bandied about to represent things that are mildly amusing at best (and sometimes not funny at all). So, what do you do when you find something that is genuinely side-splitting and truly hilarious. Well, you use way more words than you should to make your point. Tuff is an absurdist romp through inner city in the oughts that skews surreal and will literally make you laugh out loud.

From Paul Beatty, the author of the Man Booker Prize winner The Sellout, comes Tuff, a novel as fast-paced and hard-edged as the Harlem streets it portrays.

Age nineteen and weighing in at 320 pounds, Winston “Tuffy” Foshay is an East Harlem denizen who breaks jaws and shoots dogs and dreams of earning millions from his idea for Cap’n Crunch: The Movie, starring Danny DeVito. His best friend is a disabled Muslim who wants to rob banks, his guiding light is an ex-hippie Asian woman who worked for Malcolm X, and he married his wife, Yolanda, over the phone from jail.

He’s funny and fierce, frustrated and feared. And when Tuff decides to run for City Council, this dazzling novel goes from astoundingly funny to acerbically sublime. By turns profound and irreverent, and populated with a hilarious supporting cast, Paul Beatty's Tuff is satire at its razor-sharp best.

Paul Beatty is the author of the novels, Tuff, Slumberland and The White Boy Shuffle, and the poetry collections Big Bank Take Little Bank and Joker, Joker, Deuce. He was the editor of Hokum: An Anthology of African-American Humor. In 2016, he became the first American to win the Man Booker Prize for his novel The Sellout. In 2017, he was the winner the American Academy of Arts and Letters Literature Award. He lives in New York City.