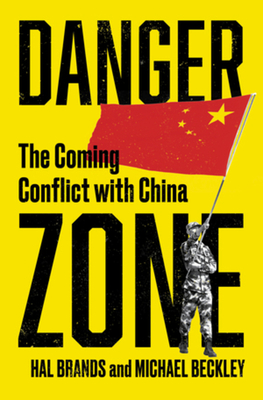 A provocative and urgent analysis of the U.S.–China rivalry.

It has become conventional wisdom that America and China are running a “superpower marathon” that may last a century. Yet Hal Brands and Michael Beckley pose a counterintuitive question: What if the sharpest phase of that competition is more like a decade-long sprint?

The Sino-American contest is driven by clashing geopolitical interests and a stark ideological dispute over whether authoritarianism or democracy will dominate the 21st century. But both history and China’s current trajectory suggest that this rivalry will reach its moment of maximum danger in the 2020s.

China is at a perilous moment: strong enough to violently challenge the existing order, yet losing confidence that time is on its side. Numerous examples from antiquity to the present show that rising powers become most aggressive when their fortunes fade, their difficulties multiply, and they realize they must achieve their ambitions now or miss the chance to do so forever. China has already started down this path. Witness its aggression toward Taiwan, its record-breaking military buildup, and its efforts to dominate the critical technologies that will shape the world’s future.

Over the long run, the Chinese challenge will most likely prove more manageable than many pessimists currently believe—but during the 2020s, the pace of Sino-American conflict will accelerate, and the prospect of war will be frighteningly real. America, Brands and Beckley argue, will still need a sustainable approach to winning a protracted global competition. But first, it needs a near-term strategy for navigating the danger zone ahead.

Michael Beckley is associate professor of political science at Tufts University and a non-resident senior fellow at the American Enterprise Institute.

Hal Brands is the Henry Kissinger Distinguished Professor at the Johns Hopkins University School of Advanced International Studies and a senior fellow at the American Enterprise Institute.

Unflinching and historically grounded, provocative and richly researched, this refreshing, pioneering work delivers a necessary corrective to narrow thinking and relaxed timelines in dealing with China. Beckley and Brands’ ideas need to be embraced if we are to effectively manage differences emerging in the increasingly volatile relationship between our two nations.
— General Jim Mattis, U.S. Marines (ret.) and 26th Secretary of Defense

There is bipartisan consensus in Washington that China is the most important long-term strategic challenge for the U.S. Hal Brands and Michael Beckley powerfully argue that an enormously ambitious China is peaking now and confrontation is coming sooner than we think. This well-written, must-read book will add a sense of urgency to the national debate about strategic competition.
— Ambassador (ret.) Eric S. Edelman, former Undersecretary of Defense for Policy (2005–2009)

Brilliant and engagingly written, this warning by two outstanding scholars is especially timely in light of recent events. Are Americans ready for what may be coming? They will be better prepared if they read this book.
— Robert Kagan, author of The Ghost at the Feast: America and the Collapse of World Order, 1900-1941

Russian aggression notwithstanding, China constitutes the most daunting challenge to U.S. national security and the liberal international order. In this brilliant and urgently important book, Hal Brands and Michael Beckley explain why the threat of war with China will likely peak in this decade—when China's global power and ambition for primacy are swelling just as it faces severe demographic, economic, and political strains on the horizon. Every U.S. foreign policy maker and thinker should read this book and heed their call to rapidly mobilize strategy, strength, and alliances to navigate through this danger zone.
— Larry Diamond, Mosbacher Senior Fellow in Global Democracy, Freeman Spogli Institute for International Studies, Stanford University

The authors have given us much to think about, and much of it is frightening. An authoritative, worrying analysis about the prospects for open conflict within the next few years.
— Kirkus

A provocative and noteworthy contribution to the debate over what the U.S. should do about China.
— Publishers Weekly