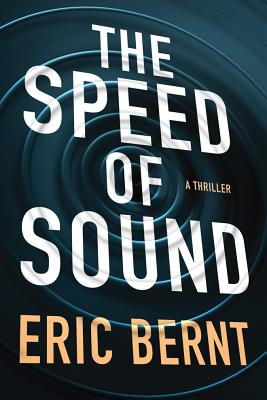 This is book number 1 in the Speed of Sound Thrillers series.

In this propulsive thriller, one of the most ingenious young men in the world has also become the most dangerous...or has he?

Harmony House is more than a "special place for special people." It's a think tank where high-functioning autistic savants harness their unique abilities for the benefit of society. Resident Eddie Parks's contribution is nothing less than extraordinary: an "echo box" that can re-create never-recorded sounds using acoustic archeology.

All Eddie wants is to hear his late mother's voice. But what he's created is inadvertently posing a threat to national security.

To Harmony House's shadowy government backers and radical extremists, the echo box is the ultimate intelligence asset--an end to the very concept of secrecy. Now for Eddie and the compassionate Dr. Skylar Drummond, the true nature of the institution is becoming chillingly clear.

As ruthless competing enemies close in on Eddie and his miraculous machine, Skylar risks all to take him on the run. Because once that prize is won, Eddie Parks will no longer be considered a "special person" but a dangerous redundancy. An inconvenient echo that must be silenced.