H.P. Lovecraft's At the Mountains of Madness Volume 1 (Manga) (Paperback) 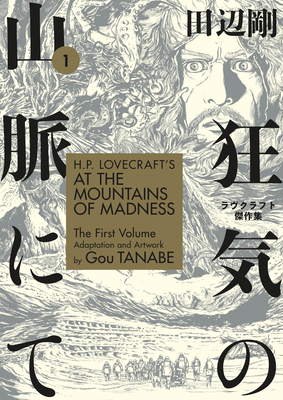 From adapter and illustrator Gou Tanabe, comes H.P Lovecraft's At the Mountains of Madness. This manga adaptation of some of Lovecraft's best stories is perfect for manga fans and Lovecraft fans alike. With art resembling more of a western comic book, this book lends itself well as a 'gateway' for those who are looking to get into manga!


January 25, 1931: an expedition team arrives at a campsite in Antarctica...to find its crew of men and sled dogs strewn and dead. Some are hideously mangled, as if in rage--some have been dissected in a curious and cold-blooded manner. Some are missing. But a still more horrific sight is the star-shaped mound of snow nearby...for under its five points is a grave--and what lies beneath is not human!

At the Mountains of Madness is a journey into the core of Lovecraft's mythos--the deep caverns and even deeper time of the inhospitable continent where the secret history of our planet is preserved--amidst the ruins of its first civilization, built by the alien Elder Things with the help of their bioengineered monstrosities, the shoggoths. Since it was first published in Astounding Stories during the classic pulp era, At the Mountains of Madness has influenced both horror and science fiction worldwide!