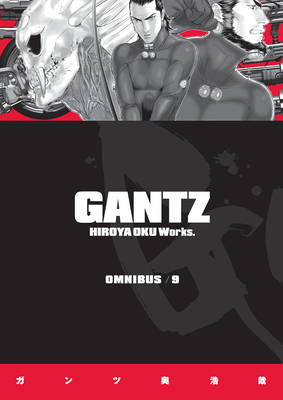 
It's good news/bad news for the alien-fighting Gantz warriors. The good news: Kei Kurono is back on the Tokyo team, resurrected after his second death. The bad? A massive unknown flying warship has appeared, laying waste to the planet’s leading military superpower. Gantz teams from all over the world are gathered to fight back, only to be overwhelmed by an endless stream of terrifying foes. Is Armageddon now inevitable?

Hiroya Oku is a manga artist who is the creator of Gantz, Zero One, and HEN, all of which have been serialized in Young Jump magazine. His manga often contain explicit violence and gore, as well as sexual situations. He won the second prize of the Youth Manga Awards in 1988, under the pen name Yahiro Kuon. He also designed a character for Bandai Namco's Xbox 360 and PlayStation 3 fighting game Soulcalibur IV, named "Shura." The author lives in Tokyo, Japan.