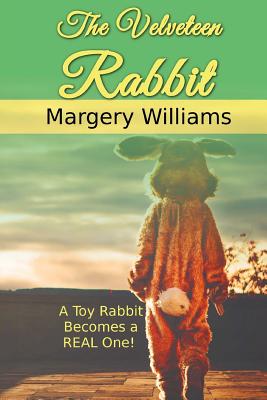 Classics for Your Collection: goo.gl/U80LCr --------- A Toy Rabbit Becomes a REAL one A stuffed rabbit sewn from velveteen is given as a Christmas present to a small boy. The boy plays with his other new presents and forgets the velveteen rabbit for a time. These presents are modern and mechanical, and they snub the old-fashioned velveteen rabbit. The wisest and oldest toy in the nursery, the Skin Horse, who was owned by the boy's uncle, tells the rabbit about toys magically becoming Real due to love from children. The rabbit is awed by this idea; however, his chances of achieving this wish are slight. One night, the boy's Nana gives the rabbit to the boy to sleep with, in place of a lost toy. The rabbit becomes the boy's favourite toy, enjoying picnics with him in the spring; and the boy regards the rabbit as 'REAL'. Time passes, and the rabbit becomes shabbier but happy. He meets some real rabbits in the summer, and they learn that he cannot hop as they do and say that he is not real. One day, the boy becomes sick with scarlet fever, and the rabbit sits with him as he recovers. The doctor orders that the boy should be taken to the seaside and that his room should be disinfected--all his books and toys burnt, including the velveteen rabbit. The rabbit is bundled into a sack and left out in the garden overnight, where he sadly reflects on his life with his boy. The toy rabbit cries, a real tear drops onto the ground, and a marvellous flower appears. A fairy steps out of the flower and comforts the velveteen rabbit, introducing herself as the Nursery Magic Fairy. She says that, because he is old and shabby and Real, she will take him away with her and "turn him] into Real" - to everyone. The fairy takes the rabbit to the forest, where she meets the other rabbits and gives the velveteen rabbit a kiss. The velveteen rabbit changes into a real rabbit and joins the other rabbits in the forest. The next spring, the rabbit returns to look at the boy, and the boy sees a resemblance to his old velveteen rabbit. Facts and Trivia: 1. In February 2016, Winning Moves published a Velveteen Rabbit board games (age graded 4+) that combines the spirit of the story with the elements of a children's board game. 2. The Velveteen Rabbit was adapted into a video recording and soundtrack in 1985 by Rabbit Ears Productions with Random House Video; narrated by Meryl Streep, with music by George Winston. It received a Parents' Choice Award for Multimedia and was a Grammy award nominee. Scroll Up and Grab Your Copy.

Margery Williams Bianco (July 22, 1881 in London, England - September 4, 1944 in New York City) was an English-American author, primarily of popular children's books. A professional writer since the age of nineteen, she achieved lasting fame at forty-one with the 1922 publication of the classic that is her best-known work, The Velveteen Rabbit (1922). A native of London, Margery Winifred Williams was born to successful and accomplished parents. The second daughter of a noted barrister and a renowned classical scholar, she and her sister were encouraged by her father, whom she remembered as a deeply loving and caring parent, to read and use her imagination. Writing about her childhood many years later, she recalled how vividly her father described characters from various books and the infinite world of knowledge and adventure that lay on the printed page. She noted that the desire to read, which soon transformed into a need to write, was a legacy from her father that would be hers for a lifetime. When Margery was seven years old, her father died suddenly, a life-changing event which, in one way or another, would affect all of her future creative activity. The undertone of sadness and the themes of death and loss that flow through her children's books have been criticised by some reviewers, but Williams always maintained that hearts acquire greater humanity through pain and adversity. She wrote that life is a process of constant change-there are departures for some and arrivals for others-and the process allows us to grow and persevere. In 1890 Margery moved with her family to the United States. A year later they moved to a rural Pennsylvania farming community. Over the succeeding years, until 1898, Margery was a student at the Convent School in Sharon Hill, Pennsylvania. Her ambition to make a living as an author propelled her in 1901, at the age of nineteen, to return to her birthplace and submit to a London publisher her first children's stories. A number of these saw print, as did her first novel The Late Returning, which was published in 1902 and aimed at an adult audience. It did not sell well and neither did her subsequent novels.