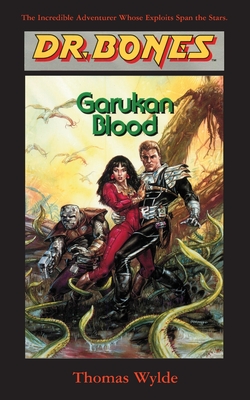 This is book number 3 in the Dr. Bones series.

His name is Dr. Bones. His adventures will take him across a perilous galaxy in search of lost cities, secret empires, and vanished species. If you've ever thrilled to the quest for mysterious legends or other worlds, then you're ready for Dr. Bones.

The missing link has been discovered The bones of the species that connect the Garukans to humans have been dug up and identified. According to the fossils, Garukans are an evolutionary offshoot of the human line.

But Dr. Bones believes the evidence has been faked. And when an old comrade from the Legion of Ares dies on his doorstep, the doctor knows that there's more at stake here than a scientific theory. If the fossils are genuine, Garuka will stay under the control of the Earth-no matter what the Garukans want. But someone has been tampering with history.