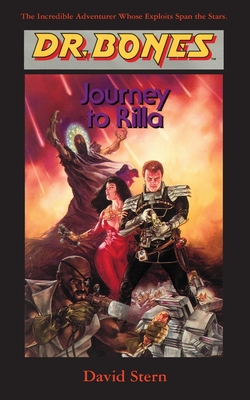 This is book number 6 in the Dr. Bones series.

DECEPTION ON AN ALIEN PLANET

His name is Dr. Bones. He races across a perilous galaxy in search of mysterious artifacts, lost worlds, and foreign species. If you're unafraid of the dangers of the universe, then you're ready for Dr. Bones.

On the planet of Rilla, Bones uncovers a plaque that claims to predict the end of this alien world. When three stars line up on its surface, the sky will fall.

Bones doesn't believe it, and neither does Bart Charles, Bones's archrival.

But Charles smells a profitable venture and plans to cash in on the legend.

He offers the aliens a chance to evacuate the planet in exchange for rare memory crystals. With the inhabitants gone, he will be able to seize the whole planet.

Bones must discredit the prophecy to stop planet-wide panic and keep the planet from falling victim to Charles's plan. Yet as Bones acts, meteorites plummet from the sky. Has Bones met his match?