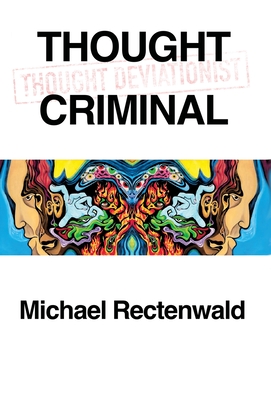 A distinguished Professor of AI-neuroscience and Theory of Mind, Cayce Varin has dissident thoughts. He differs from acceptable opinion on matters of grave importance to respectable Human Biologicals and the Federation of Pandemos, the global state. Upon confessing his divergent theories to a Graduate Student Assistant, his life is never the same. He is labeled a Thought Deviationist, among other damning designations. He is arrested by a Robot Police Agent and soon released but remains a covert Thought Deviationist living under the constant fear of future arrest, the treachery of friends, and the loss of his identity.

For Varin and a small cadre of Thought Deviationists, the ultimate threat is posed by Collective Mind-the vast centralized database and processing complex with apparent knowledge of everything, possibly even one's innermost thoughts. Varin and fellow Thought Deviationists believe that the Federation deliberately propagates a virus to keep Human Biologicals connected to Collective Mind. Submission to the virus spells the obliteration of the self. Resistance to the virus, made possible by taking the addictive drug Eraserall, means living as a fugitive from the law and being forever hunted by Robot Police Agents to be taken in for "treatment."

Finally, it appears that the only solution is to infiltrate Essential Data, Collective Mind's main data and processing center. The risks are great, and the gambit may be impossible. But Varin's future, the future of Thought Deviationists, and the future of the individual itself, depend on the mission's success.