Across the Broken Tide (Hardcover) 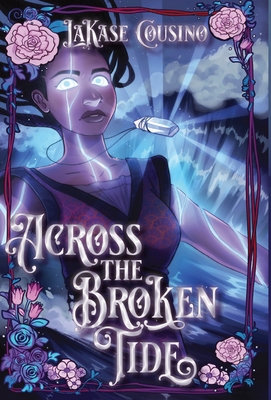 Born in the sands, unmade in the seas.

In a world where the politics of court determines the future of every person in the kingdom, Dima has maneuvered her way not only into the good graces of the caliph as a tutor for his daughters, but into the heart of his son. However, when a prank goes a step too far, the childhood friends are separated in an effort to force them to grow into the people they are expected to become.

When a simple journey turns into a kidnapping, Dima is thrust into a strange land and must rely on a dark magical power that had been long buried in the sands of her home. But as her magic grows stronger and the tides of her new home rise, so do her darker temptations.

Caught between her heart and her magic, she finds herself struggling to choose who she will become. Through interactions with vikings, pirates, magical creatures who only speak in riddles, and forces hellbent on controlling everything she holds dear, Dima must discover who she is beyond the politics of the royal court.