In The Soup (Large Print / Paperback) 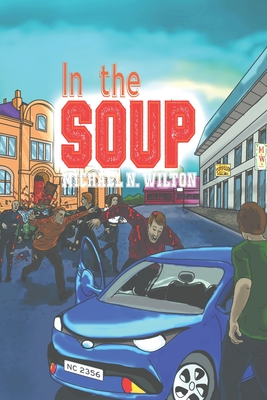 Once again, he must put aside his personal ambitions when Sir Henry is involved in a scandal that threatens to put an end to the family's hopes of getting their son Lancelot married to the daughter of a wealthy American.

Foiled in his attempts to get his own back, Foxey Fred and his gang find a new way of retrieving their fortunes by blackmailing Sir Henry who, fearful his wife may find out, appeals to William for help.

Calling on his Uncle Neil for support, William sets out to unravel the threads of lies and deceit, despite continued opposition from Sally's stepmother, Lady Courtney, and a series of female encounters that are enough to test the trust of even the most faithful of admirers.

This is the large print edition of In The Soup, with a larger font / typeface for easier reading.