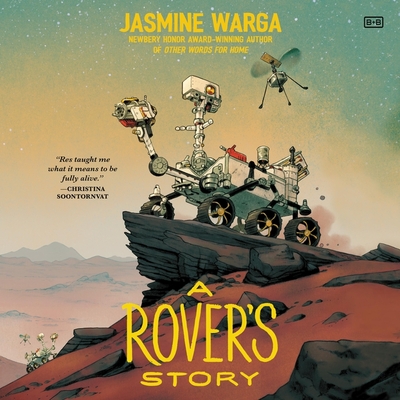 By Jasmine Warga, Jacob McNatt (Read by), Ariana Delawari (Read by)
$41.99
Email or call for price.

“Resilience drove his way right into my heart. Such a sweet story and a clever, fantastical spin on real life NASA projects. Resilience’s wonder and curiosity is catching. Anyone who is enthusiastic about science or Mars will love it.”
— Leah Atlee, Bright Side Bookshop, Flagstaff, AZ

The One and Only Ivan meets The Wild Robot in this unique and deeply moving middle grade novel about the journey of a fictional Mars rover, from the Newbery Honor-winning author of Other Words for Home.

Meet Resilience, a Mars rover determined to live up to his name.

Res was built to explore Mars. He was not built to have human emotions. But as he learns new things from the NASA scientists who assemble him, he begins to develop human-like feelings. Maybe there's a problem with his programming....

Human emotions or not, launch day comes, and Res blasts off to Mars, accompanied by a friendly drone helicopter named Fly. But Res quickly discovers that Mars is a dangerous place filled with dust storms and giant cliffs. As he navigates Mars's difficult landscape, Res is tested in ways that go beyond space exploration.

As millions of people back on Earth follow his progress, will Res have the determination, courage--and resilience--to succeed... and survive?