Craig Johnson returns with his latest, The Daughter of the Morning Star 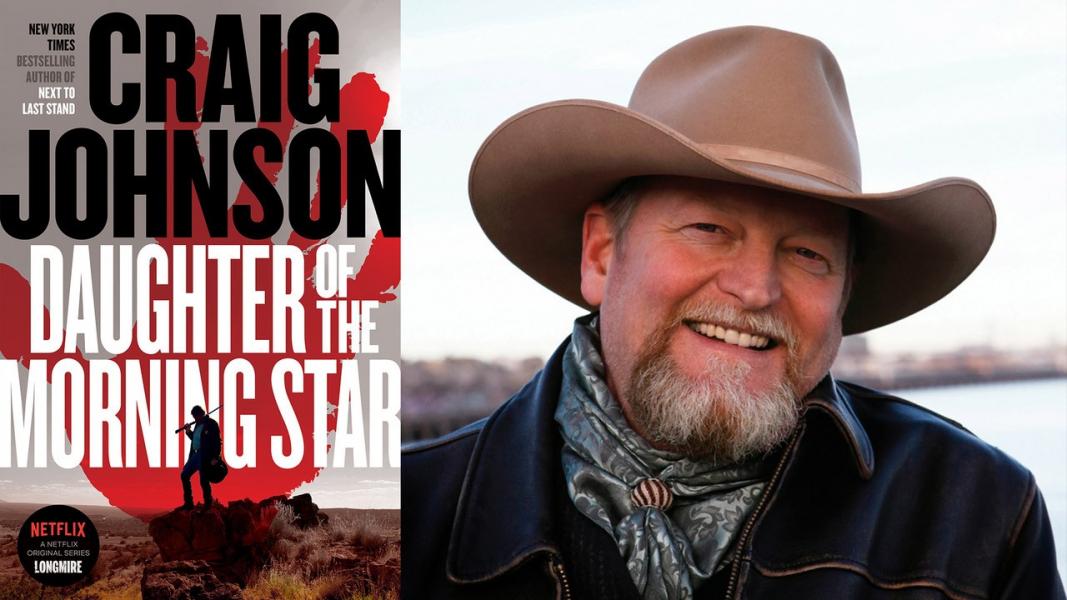 We are over the moon to welcome back to the Fearrington Barn one of our favorite authors, Craig Johnson.

In order to attend, you must
1) purchase a copy of Craig’s latest, Daughter of the Morning Sun, from McIntyre’s which will get you and a friend into the barn  and

2) wear a mask for admittance and the duration of the event.

To purchase Daughter of the Morning Sun, click here.

When Lolo Long’s niece Jaya begins receiving death threats, Tribal Police Chief Long calls on Absaroka County Sheriff Walt Longmire along with Henry Standing Bear as lethal backup. Jaya “Longshot” Long is the phenom of the Lame Deer Lady Stars High School basketball team and is following in the steps of her older sister, who disappeared a year previously, a victim of the scourge of missing Native Woman in Indian Country. Lolo hopes that having Longmire involved might draw some public attention to the girl’s plight, but with this maneuver she also inadvertently places the good sheriff in a one-on-one with the deadliest adversary he has ever faced in both this world and the next.

Craig Johnson is the New York Times bestselling author of the Longmire mysteries, the basis for the hit Netflix original series Longmire. He is the recipient of the Western Writers of America Spur Award for fiction, the Mountains and Plains Booksellers Award for fiction, the Nouvel Observateur Prix du Roman Noir, and the Prix SNCF du Polar. His novella Spirit of Steamboat was the first One Book Wyoming selection. He lives in Ucross, Wyoming, population 25.

Daughter of the Morning Star: A Longmire Mystery (Hardcover)

Next to Last Stand: A Longmire Mystery (Paperback)

The latest novel in the beloved New York Times bestselling Longmire series finds the sheriff chasing down the whereabouts of an iconic American painting.